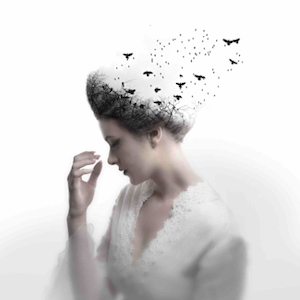 “A sound that’s simultaneously stirring and soothing. The whole thing maintains a mellow mood as it paces placidly towards a pleasant but powerful climactic chorus before fading out faintly” – Pure M Magazine

“‘Leave the Light On’ – the latest single by Wicklow-based singer songwriter Kolumbus – succeeds where many songs about heartbreak fail. From the opening guitar riff and gentle weaving lyrics the listener is pulled into the song” – The City Dublin

“A remarkable single… This melody is so emotional that it caresses the soul upon first listen. This is a single that helps connect with the deepest memories of our mind. Excellent work” – Zone Nights
Irish singer-songwriter Kolumbus is gearing up to release ‘Leave The Light On’, the first single from his debut EP ‘Give Them Life’. Kolumbus is a musical project representing the solo journey of Irish songwriter Mark ‘Cappy’ Caplice,

This song tells the story of a heart clinging to a fading promise – a promise that a love would never die. “People can make a promise and completely mean it, but keeping it isn’t always in their power,” explains Kolumbus. Sometimes things change and promises go by the wayside, even though you may not want them to.”

Earlier, Kolumbus’ Christmas single ‘You Know It’s Christmas’ hit the No.1 spot on the Google Play Music Charts and Top 20 on iTunes, ahead of heavy hitters Adele and Justin Bieber, with all proceeds goint to Inner City Helping Homeless and Baltinglass Lions Christmas appeal. That song also features the West Wicklow Voices and Chorus Kids Choir.

Born in Kilkenny, Ireland, at a young age Mark Caplice moved to Wicklow, where he still resides. His performance name Kolumbus derives from the fact that he has always had a passion for travel and exploration, even from a young age. The 26-year-old believes life is too short to dwell, so his philosophy is to do.

Kolumbus was also influenced by artists such as Ben Howard, Elbow and Fleetwood Mac. His output exhibits clever craftsmanship both lyrically and melodically, blending several different styles to create his own unique brand of energetic captivating music.

Of course it helps that this track was produced by Gavin Glass, the music director for John Carney’s new film “Sing Street”, and engineered by Scott Halliday, previously a guitar tech with Prince and James Vincent Mcmorrow. Several other notable musicians make contributions here: drummer Graham Hopkins, who plays with Irish folk legend Glen Hansard, and organist Conor O’Reilly, who has recorded with U2 and has had his music performed in Carnagie Hall.

2016 is proving to be a very busy year for Kolumbus, having already toured through Germany and Austria, traveling over 4000km on 2 planes, 17 trains and 1 bicycle. This year, Ireland, England, Germany and the U.S.A are all set to figure on his tour schedule.
“Part of the motivation behind my music and travel is the fact.that I have lost a number of people close to me,” explains Mark Caplice. “Many people, both friends and family, have passed away in the last few years and this just reminds me how short life really is… so If you want to do something, you should do it. That is the inspiration behind the forthcoming EP title “Give Them Life” and you’ll see that the cover image represents this really well.”

Kolumbus currently has several tracks on his website for free download. “At this point, I just want to get my music out there as much as possible. Ideas are thought’s with potential. I have hundreds of songs. Now it’s time to Give Them Life”.